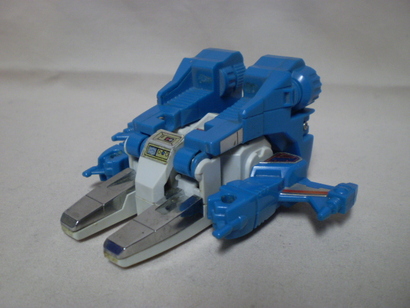 One of two Jumpstarters released in 1985, Topspin and Twin Twist were Hasbro's first attempts at self transforming bots. Pull them back, let 'em go and maybe 30% of the time they would transform and land on their feet. Pretty fun stuff when it worked!

These items belong to Topspin: