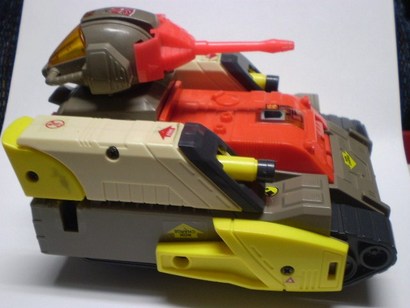 Alongside Jetfire, Omega Supreme is the most desired of the Series 2 Autobots. As a tank that could run around a track on battery power and then transform into a massive walking robot almost a foot tall, this was a toy that every collector of Transformers wants a copy of.