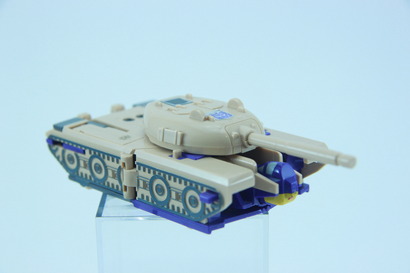 Astrotrain and Blitzwing were the first ever triple changers, Transformers that had two alternate modes along with their robot mode. As a tank and fighter jet, Blitzwing is the more popular of the two, and always in demand. Check for looseness before purchasing.

These items belong to Blitzwing: