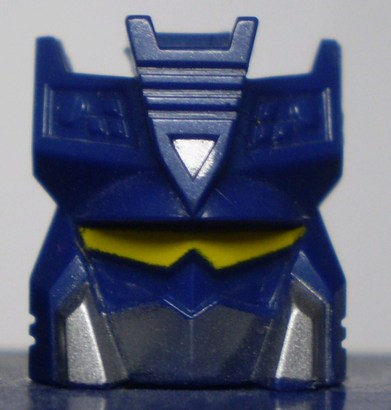 Soundwave is another of the truly iconic Series 1 character that have survived on through the years of Transformers cannon. A master of deception and espionage Soundwave offered a coldy calculating outlook and a fantastic play value through his brilliant use of cassette based subordinates that fit neatly into the chest of his cassette player mode. Note: Buzzsaw looks a lot like the Laserbeak character that came in the two-pack with Frenzy, but actually has different weapons and stickers. Oddly it was Laserbeak that showed up in the cartoon all the time, despite not being packaged with his master.

These items belong to Soundwave: