ShelfLife is developing the King of Customs contest series as a showcase for the top customizing talent on the planet.

In early 2012, we asked some of the world's best Transformers customizers to design and build their best shot at a brand new character bio we wrote: Ghost Circuit. This mysterious weapons specialist proved to be a solid challenge to the customs community, but a few brave souls stepped up and produced some fantastic work to compete for the top prize.

Without further ado, here're the first ever winners of the King of Customs: Transformers Spring 2012!

Bio: Ghost Circuit is a walking conundrum. Though he once held a post in the vast Cybertronian archives, shortly after Megatron's original rebellion he disappeared from view without declaring for either side. It wasn't until many deca-cycles later that reports began to circulate about the unknown "white warrior" who would show up at various points on both sides of the battlefield, always working towards his own mysterious objectives.

Ever the consummate strategist and tactician, Ghost Circuit watches all from afar and swoops in to claim the spoils of war when both sides are too preoccupied (or too damaged) to intercede. Countless years of opportunistic action have left him equipped with one of the most tricked out weapon and defensive kits in the galaxy. His endless study of Circuit-Su and Metallikato have rendered him an agile and deadly combatant, though few have ever seen him take action and lived to tell the tale.

With his bristling armory tucked away until the last second, none understand the sheer firepower they are facing until it's far too late. The Chameleon Alpha pack he wears provides Ghost Circuit with the ability to mimic the alt modes of anything around him, adding to the confusion surrounding his sightings. His emblem is a constantly shifting glyph: an infinity symbol folding into a perfect circle and back again endlessly.

Both Perceptor and Soundwave have independently speculated that Ghost Circuit may be able to phase through time due to reports of his presence in two battles in different quadrants of the galaxy simultaneously on more than one occasion. Despite warrants issued by both Ultra Magnus and Shockwave, Synergyst remains at large, carefully cataloging the most potent artifacts of the universe and relentlessly adding them to his power base. 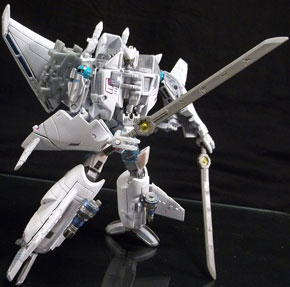 Allen Campbell of Spoonman Customs submitted a sleek, clever, and slightly humorous Ghost Circuit that won our hearts from the start.

In his own words: "I saw Ghost Circuit as being slender and stealthy. My Ghost Circuit is fully transformable and requires no parts-forming. The weapons can configure in multiple combinations. The "shifting glyph" emblem on the chest is holographic to assist in a sense of motion and is 3 sided. It is able to rotate via a Bot-Shots mechanism with hand cut decals added. One is a circle, one is the figure-8, while the 3rd side is entirely covered in holographic detail. This is to represent the "chameleon alpha pack". The idea is that the hologram emanates from the center of the chest, cloaking the entire body in an energy field that fools the enemy into thinking they are seeing someone other than Ghost Circuit. I opted for open hands for more effective looking Circuit-Su poses. And the figure has articulation just about everywhere on the body: approximately 26 points."

Parts used consist of pieces from:

Congratulations to Allen, who wins $250. He'll also be given a permanent gallery for his customs work to kick off the RONIN area of ShelfLife, which will allow him to sell all of his customs at 0% commission, forever. 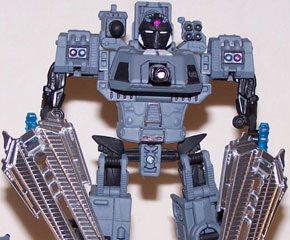 Incorporating multiple transformation modes, a ton of weaponry and gear, and a liberal use of Targetmasters, this was an amazing first custom for Jason!

Jason had this to say on his sweet take on Ghost Circuit:

"Ghost Circuit's native alt mode (sans Alpha pack) is a hover tank. His preferred alt mode with back pack is an interplanetary battle cruiser. His pack can be used as a weapons platform by his minions when not being used by him. He has a vast array of weapons that can be mounted in many combinations. Being a master of Metallikato, he had to have blades, thus the swords in place of hands and the blades/wings on his lower legs."

Congratulations to Jason, who wins $100. He'll also be given a permanent gallery for his customs work to kick off the RONIN area of ShelfLife, which will allow him to sell all of his customs at 0% commission, forever. 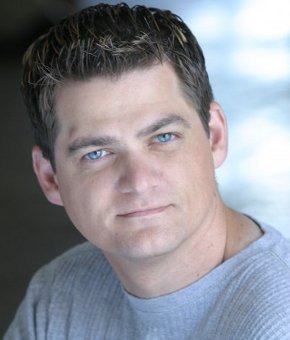 ShelfLife Collector & Curator Shean Grant will be the proud new owner of the first ever King of Customs Grand Prize: Ghost Circuit, Spring 2012, by Allen Campbell.

Shean generated 1895 Collector Points on ShelfLife during the contest by adding photos, curating catalogs, subscribing to catalogs, and contributing feedback on other curators' work.

ShelfLife contests generally tally all current Collector Points across the site, and provide a prize ticket to each user for each point. So the more you use ShelfLife, the better your chances of winning! This will apply to future contests, and we've got some hot ones coming up, so keep at it folks!